Today's Guest post is from ILSHRM's Lobbyist Terry A. Steczo (see his bio at the end of this post)
###

Members have been sworn in, leaders have been chosen, committees have been appointed, and bills are being introduced. The question now is whether or not anything significant will happen, and, if so, when. There were great expectations that the previous General Assembly would clear the table of many of the major issues so that the new legislature could focus on extricating Illinois from its fiscal woes. But the last legislative session ended with a whimper and left every major issue imaginable to the new members as a parting gift, so there will be pressure galore on the 98th General Assembly to make the important, often controversial decisions that will get the state moving again.

The House was scheduled to begin its regular session this past Wednesday and Thursday, but cancelled Thursday. So, in essence, both chambers will begin their work next week, Since bill introductions are still at the trickling stage, there won’t be much action on legislation until later in the month of February, unless there are urgent matters, such as a possible supplemental appropriation, that need immediate attention. The highlight (or lowlight) occurring next week will be the Governor’s State of the State message on Wednesday. There’s not much positive news that the Governor can deliver next week, with billions of dollars in unpaid bills, downgrading by credit agencies, looking at another billion dollars in general fund spending cuts because pension demands will require that money unless pension reform is approved at some point. In fact, nobody would be surprised if the Governor suggested next week that Edvard Munch’s “The Scream” become the official state portrait.

Here’s a list of the issues that the new legislative session will face from the get-go:

• Pension Reform – the 5,000 pound gorilla in the session. The House and Senate have two completely different versions, with the Senate insisting that theirs is the only one that can meet the constitutional test. The House version was put together by a bipartisan coalition of members, a few of whom have now moved to the Senate. With unions, retirees, state employees, taxpayers, newspapers, advocacy groups and a host of others all itching for a fight this one could be bloodier than a Quentin Tarantino movie. Passing something by May 31 (or the June 30 end of the fiscal year) is a must or the FY 2014 budget will be a disaster. No matter what, at some point the large contingent of new legislators will be cursing the veteran members for not taking care of business last year.

• Supplemental Appropriation for Human Services – The legislature needs to act quickly to shore up a gaping hole in the human services budget. There was every expectation that they would have approved the supplemental funding during the veto session, and then in the lame duck January session. None of it happened then, so the need to get this done asap is critical.

• Bonding Authority Expansion – Vendors are carrying the state’s debt load on their backs because the state is between $8 and $9 billion behind paying its bills. The state pays interest on the arrearage of between 12% - 24% per year, but it doesn’t matter to vendors who are facing their own debt squeeze with disrupted cash flow and reaching the end of their credit limits. Some legislators want to “refinance” this debt by issuing bonds and paying 4% or lower and using the proceeds to pay back bills. Opponents are screaming that the state should not carry more debt. Proponents look at this a more of a simple transaction that the state has done many times before. Any bonding requires a three-fifths vote. Even with the large Democratic majorities this issue is not a “gimme” by any means, and chances of success are no greater than 50/50.

• Medicaid Expansion – Part of the Affordable Care Act, the Governor has indicated that the state will participate. This issue should have been a done deal in the January session but hit the skids, along with everything else. There is no doubt that it will pass before the May 31 adjournment deadline, but it may not be until then.

• Health Care Benefits Exchange – This part of the Affordable Care Act has to be up and running by 2014. The Exchange is designed to be the place where those without insurance can shop for policies, enroll in plans, and receive other insurance related consumer information. States can decide to be market makers or simply approve policies that will be available from other sources. Discussions have been going on for at least two years and no decisions have been made. Nor have decisions about what role the insurance industry will have on the Exchange Board or in broader policy decisions. This issue must be decided by the end of May, and the large Democratic majorities in each chamber could play a role in getting decisions made.

• Gaming Expansion – For the umpteenth year in a row expanded gaming prospects went bust during the last session. Proponents put together a package that included something for practically everyone including five new casinos with Chicago included, slots at race tracks, etc. The Governor vetoed the plan because he dislikes the “racino” portion and wants embellished ethics and “sunshine” language. Everyone expected a deal in January but, like with everything else, it was a non-starter. Will prospects be any better in 2013? Don’t bet on it.

In addition to those major fiscal and policy issues, there are a number of huge social issues that are still on the table and will be considered in the next few months. Marriage equity will probably be the first issue settled because there is a sense that, at least for right now, the populace is supportive. The populace can be very fickle, so proponents want to move this quickly. Weapons legislation will also be volatile. There will be an attempt to try to get a deal to ban assault weapons in exchange for conceal/carry, but there is no telling if there is any chance. Also medical marijuana will be back for another try. With successful efforts in other states to recently decriminalize or legalize it, proponents think their chances are better. 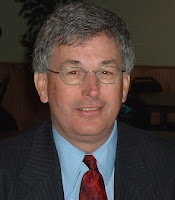 TERRY A. STECZO of Arlington Heights, Illinois is the Principal of Government Strategy Associates, a lobbying/consulting firm that assists clients with assessing the impact of proposed state governmental legislation and regulations, helping create advocacy strategies, and formulating legislative and regulatory policy responses.

He was a member of the Illinois House of Representatives for 18 years, from 1977 – 1995, and served as Assistant Majority Leader from 1993-1995. During his years of service in the House he also served as Chairman of the House Committees on Registration and Regulation; Cities and Villages; and Counties and Townships.

In 1992 he was named one of five “Unsung Heroes” in a poll taken among Illinois legislators. A prolific and successful bill sponsor with an unparalleled expertise in legislative strategy development, he was the recipient of numerous awards and commendations for his legislative endeavors and efforts.

From 1995 – 2004 he served as Deputy Assessor for Administration and Taxpayer Services for the Cook County Assessor’s Office, an agency with over 450 employees and a budget exceeding $32 million.

Posted by Illinois State Council of SHRM at 6:45 AM No comments: 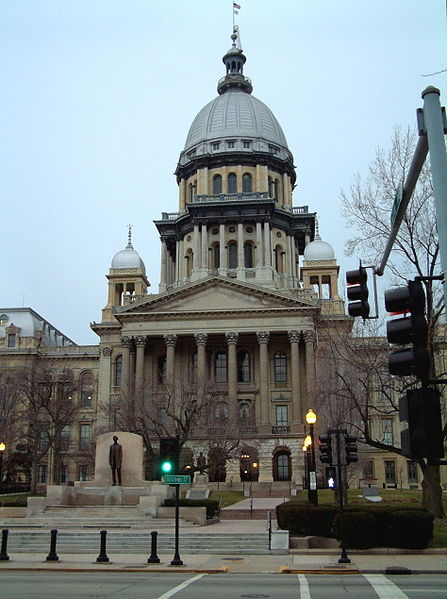 Here is the first blog coming, thanks to the assistance of ILSHRM’s blogger in chief, on some proposed legislation in Illinois for 2013 (98th Session).  We as HR professionals in Illinois, are attempting to become more involved in actions up front to provide information on the impact to our employees of upcoming legislation.  So, as the first few days of introduction of legislation begins – here are some of the things we will be watching:

We are looking forward to input from you (individually or via your chapter legislative chairs) on some of the actions being proposed.  How will it impact your organization?  Should we continue to follow the item?  How can you get more information? Etc. etc.

In the Illinois General Assembly, we have new acts being proposed for use of medical cannabis, the establishment of a Department of Minority and Women Inclusion, and a requirement for hospitals to develop and publish nurse-to-patient staffing ratios to include a description of essential functions (which will take precedence over the Hospital and Nurse Licensing Acts).

Amendments suggested would allow unmarried dependents to be covered until age 29 under medical benefit programs; expand the definition of “minority” in several acts to include those of Middle Eastern origin.  There is also a proposed amendment to the Unemployment Act to delete language on discharge for misconduct regarding requirement of a violation of reasonable rule or policy of unit be deliberate and willful and deletes language requiring an instruction from employing unit be explicit.

In addition there are already three “shell” bills in the House and two in the Senate.  These are proposals for a “technical change” to the existing Act.  The proposed bill acts as a placeholder until enough interest can be garnered for a better description of what is intended.  These are interesting as they can sometimes become the “overnight” actions taken late in the session!

The process is interesting to watch and requires that as HR professionals we step up to provide information to our elected representatives (non-political) on how some of the proposals may impact our organizations and how the issues may be addressed to better meet the goal of the proposal (or, sometimes, why the idea is not a good one because of unexpected implications that were not intended).

This is a good time to remind you of our upcoming Legislative Conference on April 10 and 11 where YOU can learn more about the process – and have an opportunity to meet with your senator or representative in person. Our registration page is here.

Watch for a legislative update from our lobbyist in the next day or two.

Posted by Illinois State Council of SHRM at 6:45 AM No comments: