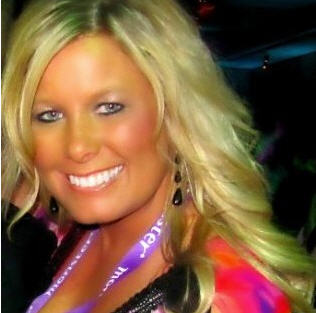 This post is a welcome to the newest Director of Social Media to a SHRM State Council.  Please join us at ILSHRM in wecloming Kristi Jones as the Director of Social Media  for the State of Missouri.  Now here is where it gets interesting.  Kristi is alleged to be somewhat of a fashion diva. I am basing this on the fact that she brought a lot of shoes with her to the Illinois State Conference this year for a three day stay.

We were quite happy to have Kristi join us.  She brought a certain let's call it cache with her. She is a charming young lady as well.  Now just as I was thinking about Kristi, in her new role, I was reading my SHRM weekly newsletter and I read a blurb about SHRM collecting shoes at the Leadership Conference.  Then I make the connection; this is ....ummmm  strange.  I will see Kristi again, in about a week at the SHRM Leadership Conference, and again the focus will be on footwear.

I am not sure how this all fits in but it seems to be the convergence of Kristi and shoes where ever she goes.

Good Luck in your new role as Director of Social Media for the Missouri State Council of SHRM!

Last night was an exciting evening at least for about 24 people that I know from twitter.  Now I have met many of these folks face to face, but not all of them.  The reason last night was exciting is because it was the first night of #SHRMChat.   This was and will be an on-line chat on twitter.  This is the brain child of our good friend Joan Ginsberg.

Joan wanted to do something to bring together some of the most active and enthusiastic social media users who are at the forefront of using social media on behalf of their SHRM organization, be it a state council or chapter.  Well she did it.  Joan pushed it and got it out of the gate; so kudos to her!  The plan is to do this chat monthly on the second Tuesday of the month at 8 p.m. Eastern.  The hashtag is #SHRMChat.

I could not get a good tweet count, as it appears that tweet cloud has gone inactive.  Looking at the tweet reach stats we see we had 24 participants on the hashtag.

There were some interesting ideas thrown out during the chat.  Perhaps we could take action on some of these and move the ball forward.   If you are involved in any SHRM organization and you are trying to move the organization forward with social media then you should plan to participate in the next chat on December 13th at 8 p.m. EST.

Those of us at the SHRM Leadership Conference will talk this up, but we need more support so please join in next month.

One last thing - THANKS JOAN!

I recently became aware of an event that is coming not only to the mid-west but right here in the Land of  Lincoln and Illinois SHRM. Many of you have heard of HREvolution.  Some of you have heard or the Tru Conferences as well, and you may know that they are similar events. Well I am so excited about his event I must go back to one of my favorite video clips of all time from my man Kent Dorfman- enjoy...

What is great?  The Talent Net Live show coming to the Chicago area.  Craig Fisher is the guy who has put this together. Craig is social media when it comes to recruiting. Where can you find him Linked IN  Twitter  (Yeah that's right 35,000 followers) Facebook (+2500 Friends) His Blog site.

Craig is taking his show on the road.  He has done a number of events in his backyard in the Dallas area, but this is about as far from home as he has taken his Talent Net Live.  Talent Net Live is joining forces with JSTN Studios in Aurora.   Here is an overview of the December 5th event.

There will be a number of prominent social media folks who are active in the HR space both presenting and attending.  Now having said all of this I also have a discount code for Illinois SHRM Members.  Simply go to the registration form here. For a 25% discount use the discount code "tnlspecial".

We will do a follow-up or two to this even, but I hope to see you there.
Posted by Illinois State Council of SHRM at 9:14 AM No comments:

Email ThisBlogThis!Share to TwitterShare to FacebookShare to Pinterest
Labels: Aurora, JSTN, TNL Live
Newer Posts Older Posts Home
Subscribe to: Posts (Atom)
Click on the link for the
Illinois SHRM Web Site
Click below for a listing of
All Illinois SHRM Chapters