We are using our blog site to showcase some of the things that will be going on at ILSHRM12 next month.  In this post, we would like to feature a young man who will be speaking for the first time at Illinois SHRM. We are bringing Benjamin McCall in from Ohio.  Some of us from Illinois had an opportunity to see Ben present last year in his home state of Ohio at the OHSHRM conference.  Ben had the 7 a.m. slot on day three (the last day of the conference). He packed the room and he killed it with his presentation.

No doubt Ben will bring that same energy and excitement with him this year to Oak Brook. Here is a little preview of what Ben will be discussing at ILSHRM.


You can visit Ben's blog site at  www.rethinkhr.org.

Posted by Illinois State Council of SHRM at 7:00 AM No comments:

Sabrina Baker and Susan Avello discuss #ILSHRM12 and what you can expect!


Posted by Illinois State Council of SHRM at 10:24 AM No comments:

ILSHRM12 More than A Conference

I have been home from the Big Show in Atlanta for a couple weeks. I am working my small part of trying to ensure that our 13th ANNUAL ILLINOIS HR CONFERENCE AND EXPO is a success. One of the things I do, as the Director of Social Media is blog and tweet about SHRM events going on here in Illinois. For the State Council this is our biggest event.

Now, the State Council or any SHRM chapter is only as good as the people who run the Chapter or State Council; consequently we are like the Marines… looking for a few good men/people. So here is the pitch, attending the State Conference would be a really great way to meet many of the folks who make up the Board of the State Council. I would guess that many, if not all of our 20 Chapter Presidents from around Illinois will also be in attendance. This means you can meet or talk with them as well at the event. Then you can gauge if you would like to get more involved in the organization.

Needless to say, being a devout SHRMie (as my wife refers to us) I would like to see more people involved, because I think great work is done by SHRMies at all levels. Specifically, I would like to share one my recent successes which is because of SHRM and the opportunities I have been afforded as a Board Member of the Illinois State Council of SHRM.

Last year, I was fortunate enough to attend the SHRM Leadership Conference, which takes place every year in the Metro DC area. In my opinion, one of the main purposes of the conference is to re-evangelize older members like me, and pump-up and interest new members. This is done in a number of ways by many different folks at SHRM. I had attended several times before, but had never done what they call the Lobby Day. This is where SHRM members from all over the country head over to Capitol Hill and visit with their elected officials about SHRM’s position on some current issues. SHRM tells us this is very effective. So in 2011 I participated in Lobby Day, along with about 400 other members. This is part of SHRM Advocacy Team’s efforts, or what they call the A-Team. Their goal is to get members engaged with the elected officials.

The whole program is well put together, and quite enlightening. I did get a chance to actually talk to the Congressman Aaron Schock, who represents the district where my employer is located, and where I live as well. He’s my guy. While the visit was brief, we spoke and I kindly told my young Congressman that if he was ever in the neighborhood and would like to come by and see me, and the folks at my employer, I would be happy to show him around. The meeting ended, we went our separate ways.

Now, from November of 2011, let’s fast forward to July 2012. On Wednesday July 11, I got a call from someone in Congressman Schock’s Office asking me if 10:45 on August 8 would be ok instead of 10:15. I had to contemplate the voicemail. Hmm, it sounds like The Congressman is, or would like to come see me, my employer and our staff. I called back Congressman Schock’s advance person, and he admitted that someone was to have contacted me first. Elated, that Congressman Schock had taken up my passing offer I was thrilled. I called back and now we have a confirmed visit. How cool is that?

This came to fruition because of SHRM Lobby day. It would be my hope that I will get to know Congressman Schock a little better this time. That is how relationships are built – slowly. Heck, who knows, he might even call me if there is a significant piece of HR related legislation pending; I could tell him how it would affect me and other SHRMies out here in the hinterlands.

So, you see if you attend the 13th ANNUAL ILLINOIS HR CONFERENCE AND EXPO you may well become interested in becoming a part of it, and you too could be knee deep in politics, law, HR and not to mention all of the Conference frivolity.

We will let you know how the visit works out, hope to see you at the conference.

I Don’t Want to Know What You Had For Dinner! 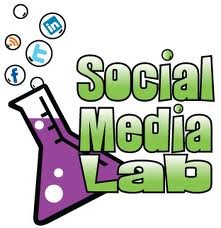 For 99% of those people that have never really used social media that I have spoken to have said something related to, “I Don’t Want to Know What You Had for Dinner”!  I have learned to accept this type of comment because it’s obviously a function of a well-known stereotype about social media platforms like Twitter and Facebook, and lack of knowledge about what social media really is and does.

Yes social media is power, but so is learning…
Education, education and more education is so important to organizational success.  We all know this—it’s a no-brainer!  The point I will make here is that social media is 100% learnable, and anyone can use it, regardless of age, role in organization, income, background, etc… with this being said, those attending #ILSHRM12 this year will have the opportunity to take part in the Social Media Lab, which is all about learning and education.

What is Social Media Lab?
The Lab will run throughout the conference, and will be accessible by any attendee.  There are two parts to the Lab.  The first part is the drop-in component, which allows any attendee at any time to drop into the Lab and speak one-on-one with a social media expert.  You can ask any question about social media; how it works, specific platforms like Twitter, Facebook, Google+, Pinterest and LinkedIN, or strategy questions about how the organizations you work for can integrate social media into the workplace, and into HR.  Take note, no question is a bad question, ever!

The second part is organized workshops that will take place during the conference breaks.  The topics that will be discussed are Twitter 101 and LinkedIN 101.  These short sessions will be facilitated by a social media expert, and the advantages of taking part in these organized sessions are the ability to learn from not only the facilitator but your peers.

Make sure you take a look at the conference agenda at http://ilshrm12.sched.org/.  Note that this URL is mobile accessible for those using Android, iPhone and Blackberry mobile devices.

Why should you drop into the Social Media Lab, or even care about social media?
Think of social media as just another communications channel (albeit a VERY powerful one) that can be included as one of many organizational channels that are used to promote, sell, advocate, share and engage with target audiences.

Remember when email first arrived on the scene in business.  Initially most people resisted email because… well… it represented a change that forced people out of their comfort zones.  Fast forward 10+ years and we all can say that email drastically changed the nature of business.  Imagine if over the past 10 years you did not use email.  I’m not sure you would have been as effective, productive and invaluable to your organizations.  The same thing is happening with social media.  As soon as you create a Facebook page you have automatically joined the 1 billion users in a community that is 1/8 of the world’s population.  How can you afford not to be tapped into this massive community?  Using the example of Facebook, you now have instant access to a global network that you would NEVER have had access to if you were not strategically using Facebook as a business practice.

Case in Point!
I was a relatively early adopter to Facebook, Twitter and LinkedIN.  Early on I thought Facebook and Twitter were a waste of my time so I either deleted or cancelled my profiles, but then returned to them later on.  My network has grown exponentially in the past 5 years, and I attribute this growth primarily to social media.  I would never have had the opportunity to co-organize the Social Media Lab at ILSHRM if it were not for social media.  My current business, SocialHR would never have happened because I met my business partner, Geoff Webb on Twitter.  Simply put, social media has allowed me to connect with and cultivate amazing business relationships with people all over the world that I share mutual interests with.  This would NEVER have been possible if it were not for social media.

I have worked with organizations to help them leverage social media in the workplace.  I have seen first-hand the impact that social media has had on their business results—results that surpassed anyone’s wildest dreams, and in places never imagined.  It’s been fantastic to see.

Meet the Volunteers
We have assembled an absolutely fantastic group of volunteers that will be working with you during the course of the conference.  They not only love teaching and educating, they love learning.  Each one of these speakers have worked within the human resources sector, and are leaders in social HR.

I wish you all a fantastic #ILSHRM12 conference, and make every effort to drop by the Social Media Lab to talk social media.  We promise, we won’t be asking you what you had for dinner!

Jeff is an entrepreneur, ideator, social HR strategist and HR practitioner who has worked with a variety of organizations from start-ups to large multi-national corporations.  He currently works with organizations and their HR teams to strategically leverage social media to create and drive unparalleled business value.
Jeff recently founded SocialHRCamp, the first-ever global HR UnConference, which provides HR practitioners around the world with an incredible experiential learning platform to kick into high gear their social HR journeys.  He is an avid blogger, speaker and advisor on topics relating to diversity, social HR, career management, personal branding and leadership.
Posted by Illinois State Council of SHRM at 1:48 PM No comments: