As we continue to prepare for the Illinois State Council’s 11th Annual Conference, we are pulling out all of the stops to get as much attention on the event as possible. In doing so, our public relations director contacted me and told me of an opportunity to get some coverage in my hometown newspaper for the event. The news outlet was curious how and why we were going to use social media to help promote the event. In fact, the reporter or his editor asked this question – What changed; when did you folks in Human Resources start embracing Facebook, Twitter and the like?
While it is a fair question, I don’t recall there being a watershed moment for me or anyone I know. To date, has the HR community shunned social media, or have we just been slow to embrace it? I am not sure really of the answer.


I hold the belief that there are less HR people who are afraid of using the Internet for business purposes, than have taken the time to try to learn, use and apply the tools that are out there. As in any new venture, there will be many opportunities for failure; some of them may fail spectacularly! Fear not though, just like any other business venture, if your idea doesn’t work out like you planned you re-tool and try again.

So if you have been sitting on the sidelines and need a little coaching on how to do this, we have a couple of sessions at #ILSHRM10 (our twitter hashtag) on Monday that may help you out. Lisa Callaway is leading a Monday morning session titled Embracing Social Media While Protecting Your Organization. Later in the day, there is a second session titled What HR Should Know About Social Media which is lead by Maureen Dorgan-Clemans. Hopefully, one or both of these sessions might provide a little clarity on the matters.
If you can’t attend, follow us on twitter, check out our guest bloggers Sarah White, Trish McFarlane and Mike VanDervort and their take on the event. And… we will be getting a first look at some new material from SHRM’s Social Media guy Curtiss Midkiff, as he eluded to on DriveThruHR earlier in the week.

Hope to see you there!
Posted by Illinois State Council of SHRM at 7:02 AM 1 comment:

Why are you here?

As the preparations continue to provide a little social media flair at the ISC HR Conference, I got to pondering this. Many people, over 500 so far will be in attendance, but why are they coming? There are probably as many reasons why people attend, as there are people who will be in attendance, although my long since past college statistics classes tell me there will be one answer that will be most repeated.


This has become one of my SM projects for this state conference. With my new flip video cam in hand I will be asking attendees; what is your name, where do you live, are you involved with a local SHRM chapter, AND most importantly why are you attending this conference? 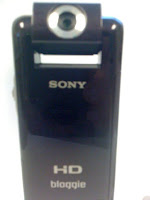 This should edit easily, and create a nice montage of attendees. It should also be a way for attendees to revisit and it may be even be a way for the IL State Council to learn as to why people attend conferences. Perhaps a prize is in order for the most unusual or even lame reason to attend the conference
So look for me at the conference, the big guy with the little camera asking what brings you to the conference this year?
Posted by Illinois State Council of SHRM at 7:27 AM No comments:

Email ThisBlogThis!Share to TwitterShare to FacebookShare to Pinterest
Labels: attendee, Conference
Newer Posts Older Posts Home
Subscribe to: Posts (Atom)
Click on the link for the
Illinois SHRM Web Site
Click below for a listing of
All Illinois SHRM Chapters