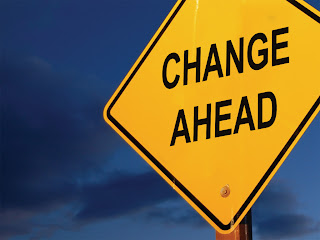 It is the year’s end and at Illinois SHRM just like at many other volunteer organizations personnel changes usually take place around this time of year. At the top we have a new incoming State Director – Donna Rogers. We also have a new Director Elect Cathy Plouzek, and we have the outgoing, Past State Director John Jorgensen. While we have a number of personnel changes we also have some folks like your truly are hanging around for another year or two.


One of the things that I am going to do next year is add some new voices to this blog site. For the most part, postings so far, have come from me, Dave Ryan, the Director of the Social Media for the State Council. Having looked around at other sites and other organization I have invited more folks who are involved with SHRM here in Illinois to be contributors and give new and varied content  in regards to  what is going on in the World of Human Resources.

The three folks mentioned earlier, John, Donna and Cathy all have agree to generate 4 to 5 posts for next year. In addition to the IL SHRM executive gang, we have lined up IL SHRM’s membership director and all around great guy Jeff Williams to our crew. Jeff currently writes at his own blog site HDLeader. Our Director of Marketing and Communication Heather Hammitt will also be contributing to our blog site.

To another prospective, from the staffing portion of Human Resources, Chloe Rada, The President of Staffing Management Association of Greater Chicago will be a regular contributor to the site.

We have been fortunate to grab two more contributors who have been instrumental in creating a new SHRM chapter in the Metro East area. We are thrilled to have Trish McFarlane who regularly blogs at HRRingleader, and her co-conspirator Chris Frede who also has her own site, HRBouy, as regular contributors for 2010.