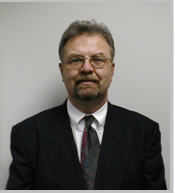 David L. Ryan SPHR is the Director of Human Resources for Mel-O-Cream Donuts International, Inc.  Dave has been in H.R. at Mel-O-Cream since 1991. Prior to moving into H.R., Dave was in-charge of warehousing and distribution for Mel-O-Cream. While working on his undergraduate degree (1986) at UIS Dave worked at both the U.I.S. television and radio stations,

Dave has served as a board member and officer on numerous not for profit boards such as the Employer's Association (1999-2003), Lincoln Land High School Hockey League (2000-2010), Central Illinois Chapter of S.H.R.M. (2005- Current), American Red Cross Illinois Capital Area Chapter (2010 – Current) and theIllinois State Council of SHRM.

In 2002, Dave received the Pluto Award from the area O.S.H.A. office for his efforts to improve employee safety. Dave received his SPHR certification in January of 2007 and has been a member of  SHRM since the early 1990s. Dave also received the H.R. Professional of the Year award from the CIC-SHRM Chapter for his volunteer efforts. Dave is a frequent speaker at the local colleges on Human Resource and Health and Safety matters.  He is also passionate about and speaks on social media in the workplace.

Dave is married to his wife Sheila, of 31 years.  They have two sons Kevin at Southern Illinoins University - Carbondale  and Danny a recent graduate of Missouri University of Science and Technology, in   Dave is a certified level 3 USA Hockey Ice Hockey Official and referees hockey games at all levels in the area.  In his free time, Dave also enjoys golf, computers and all gadgets electronic.


In October of 2010 Dave launched a new blog site called H.R. Official, making light of both of his passions of hockey and human resources. You can also find Dave on twitter as @DaveTheHRCzar.

John Jorgensen SPHR is a seasoned HR professional, consultant, educator and professional volunteer within SHRM. His many years of experience of Human Resources has primarily been in the manufacturing arena, being a true generalist, jack of all trades, master of a few. His responsibilities have included employee and labor relations, supervisor/manager development and mentoring, benefit acquisition and administration, payroll, policy development and implementation, recruiting and safety. The industries served include paper conversion, machining, consumer goods manufacturing and distribution and the fastener industry. He is passionate about making HR a strategic and vital component within companies. John holds both a Bachelor’s and Master’s degree in Industrial Relations/Human Resources from the University of Iowa.

John has taught in the SHRM Learning System for DePaul University and currently instructs at Northern Illinois University for their Outreach program. He derives great pleasure in helping HR professionals achieve their PHR/SPHR certifications and is proud of the passing levels that his “students” have attained. John also speaks to many HR groups in Illinois and is very active in the area of HR social media, both state and nationwide.

His involvement in the Society of Human Resource Management began during his college years as a student member. Since that time, he has served as an officer and board member for 2 local chapters in the Chicago area, eventually becoming the president of both. After serving the local chapters, he turned his efforts and attention to the Illinois State Council of SHRM. He has held the position of Secretary and Director-Elect and recently finished a successful 2 year term as the State Director. During that term, John moved the State Conference into the Chicago area, enabling the 2010 State Conference to be the biggest and best one held to date. He also initiated ISC-SHRM’s inaugural efforts in the area of social media, of which this blog is a direct outcome. John is also an active member of the Grundy/Will Human Resource Association and currently serves ISC-SHRM as immediate Past Director as well as the State Conference Co-Director.

Prior to his career in HR, John’s path had him working as a retail manager, a not-for-profit director, insurance investigator and a miner…yep, miner. He is a HUGE Iowa Hawkeye and Chicago Blackhawk fan and an amateur Civil War historian (mainly amateur because no one will pay him for it).